Following the education and sensitization on maternal health in the Agona West and East Districts of the Central Region by the Young and Lonely Foundation (YLF) and supporting agencies (STAR Ghana, ARHR, SEND Ghana) there is a story which has created mixed feelings as a 20 years old lady who hails from Agona Asafo has delivered quadruplet in the Agona Swedru Municipal Hospital. In one instance YLF counts it a success story as the young mother was able to heed to the calls of the NGO that a pregnant mother should visit health centres on regular bases and do her best to have institutional delivery. Many thanks to Dr. Dzodzegbe and madam Janet Opoku, a medical doctor and a midwife respectively for ensuring that the mother delivers successfully. On a flip side the birth of the quadruplets send tears running down the face of the young mother. The delivery of four babies at a go is a source o f worry to her as she is not doing any lucrative work to nurture her babies. She said ‘nurturing a baby is problematic let alone four’.

YLF and the midwives counselled her to remain optimistic about the future. A social enquiry by YLF into the background of the new mother –Diana Miranda shows that she comes from a deprived background. This also became clear as her family could not afford the drugs and other services rendered to her which are not captured under the National Health Insurance Scheme (NHIS). At the moment, they are still at the hospital undergoing treatment and must pay for services and drugs administered for her and the babies before she can be discharged The father of her four children happens to be an apprentice who could not give her adequate support.

As a Civil Society Organisation, we The Young and Lonely Foundation (YLF) would like to use this medium to appeal to STAR Ghana, SEND Ghana, ARHR, Agona West and East District Assemblies, Ghana coalition of NGOs in Health and other agencies, philanthropist as well as well wishes to give support to the quadruplet mother and her children so that we can put smiles on their faces. At the moment, we continue to give counselling to the mother to cling on to hope.
Contact persons: Gilbert K. Germain (Director, YLF) 0243132443 OR 0207920698
Diana Mirander (mother of the quadruplets) 0546976635
Janet Opoku (midwife in-charge) 0244778816 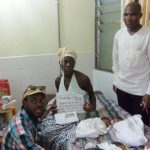 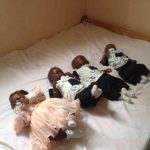 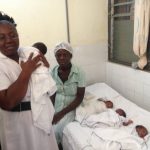 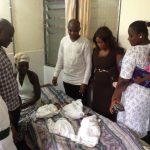 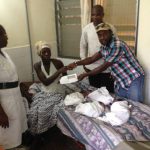 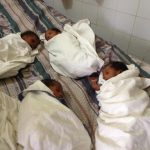