On Val’s day, 14th February, 2016. The event named LOVE-FEST 2016 (showing love and putting smiles on our children’s faces) organized by Saint Germain School and the Young and Lonely Foundation in Agona Swedru, with a great support from the Youth Aloud Ghana. During the event we invited the Municipal Director of Education Mr. Stephen Amoah, and the Municipal Director of the Department of Social Welfare Mr. Robert Baah, Both of them gave encouraging motivational words to our children on what one may do to become a great person in future.

After the advices, Afia Amanimaa Anim leader of the Youth Aloud Ghana introduced her members and they divided themselves in four groups and shared motivational messages with the children. Beyond that, they also provided them with food, drinks and some few gifts. Indeed it was a lovely day and we were able to serve more than the expected target group since we invited also children from outside. In all we were able to serve about 300 children. Afterwards Mr. Gilbert Kofi Germain  with his members and Mr. Yutaka Sakinaga from Japan also shared their motivational words and continued the program with the children. Among the activities  performed by the participants were, traditional chorography, poems and motivational songs. The event concluded with great dance wherupon especially the homeless children we invited from the nearby communities, asked for a continuation of this Love-Fest. 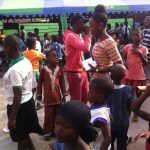 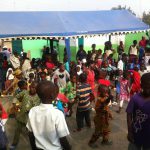 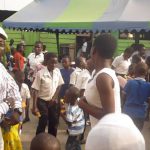 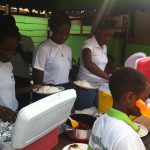 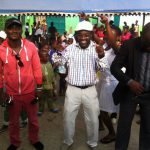 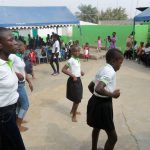 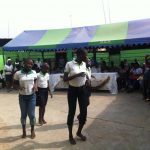 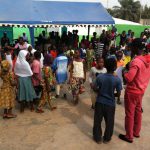 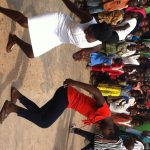 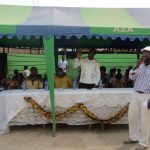 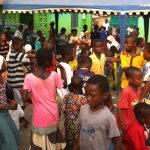 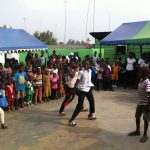 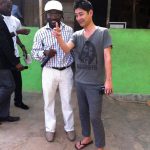 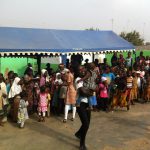